So it’s time for another batch of 2010 favorites! Actually, I’m overdue, so we’ll be discussing several photos in this post. Let’s get started! 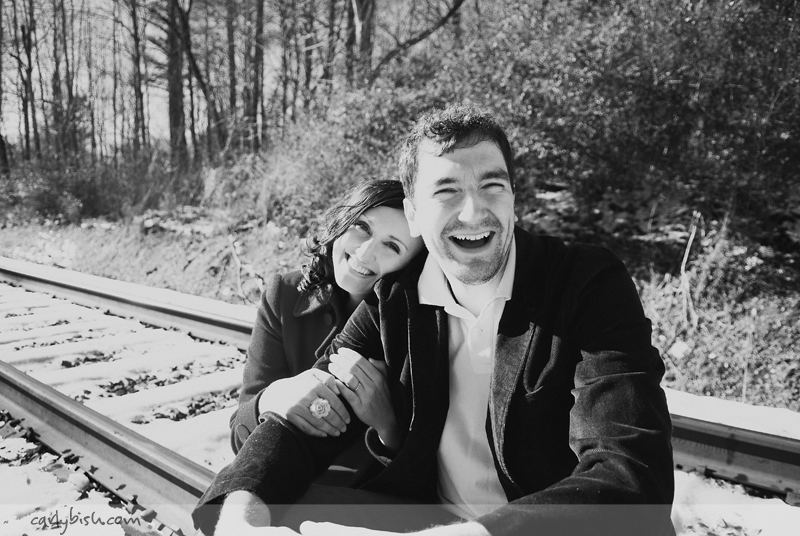 Making the Image: Mirek+Rachel were a super sweet couple who were eager for a portrait session as they weren’t “thrilled” with their wedding photos. I didn’t understand this because I’ve seen those images and I thought they were gorgeous! Regardless, we set out on the last day of January and it really did end up being an adventure. Anyone remember how I got my new car stuck in the mud?

Post-Processing: In Lightroom, basic color correction (white balance, exposure, contrast, etc). If you’re interested in how I set my white balance, I like my photos a touch on the warm side. Only in the last month or so have I started experimenting in cooler tones which can also be beautiful. I usually set my camera to Auto WB and then warm it up a touch in post. There are the occasions (typically indoors) when you should not shoot in Auto WB mode. So try all your WB settings and get an idea how they effect the look of your images. That all said, after Lightroom, I brought the image into Photoshop and converted it to my personal B&W. Like I’ve said before, I like my skintones “fleshy”, so I usually convert to a lower contrast B&W, so skin looks gray and not white.

It’s a 2010 favorite because… Are you kidding me?! Look at these two! They are so sweet, genuine, and smitten with each other, I could’ve spent the whole day with them. This photo captures who they are exactly. Totally in love. 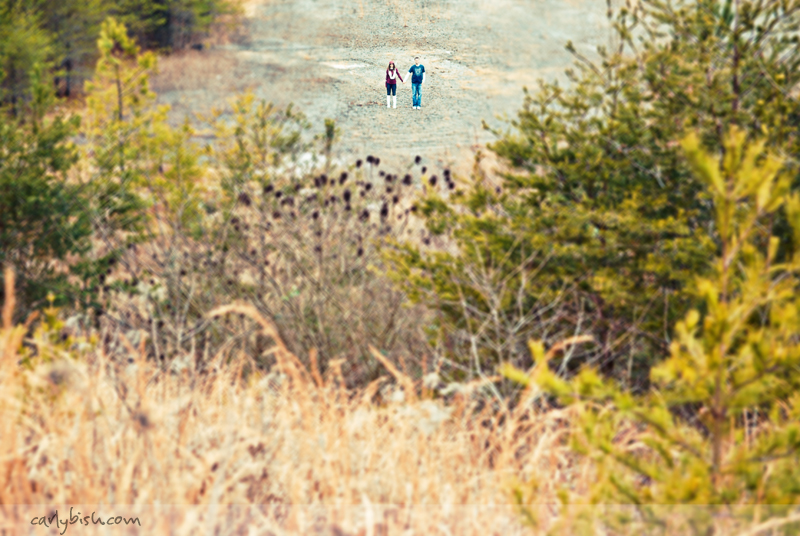 Making the Image: I knew Melissa from my days as a Starbucks barista. She was adorable, hard working, and seemed to have “no luck” with men. At least, that’s how she felt at the time… Enter Jeff. She met him while working her second job as a waitress and from the moment he saw her, it was all over. So we got together to make some unique engagement photos. This was just one of them.

Post-Processing: Before you go thinking I shot this with a tilt-shift lens, let me stop you. I didn’t. I only wish I had a tilt shift lens! That being said, in Lightroom, I used one of my presets on this image and then corrected any exposure differences. I’m not sure which preset I used, but I believe I increased the saturation in the Yellow and just a bit of the Green. It is always shocking to me how often the trees in my photos are made up of Yellow and hardly any Green. It was a major contributor to helping my understanding of light. When we think of trees, we think of them as being GREEN. But in photography, LIGHT can change anything! Depending on the day the photo was taken, trees can take on yellow, blue, and sometimes even purple. When editing, try seeing what colors are hidden within different elements of the photo. It might shock you.

In Photoshop, I used the “Lens Blur” effect in the Filter menu to create the blurred edges around the photo. You can find a tutorial HERE. However, I haven’t done this in a while because I don’t want to be known for using completely artificial techniques. It’s one thing to color correct and develop a style but to replicate a look that only a true piece of equipment is capable just isn’t what I’m striving for.

It’s a 2010 favorite because… I climbed really high to get this photo! When we did this session, I was challenging myself on perspective and looking for ways to do things differently. I managed to hike up to the top of this hill and the natural elements around me framed Melissa+Jeff so well. I was just  happy with how it all turned out. 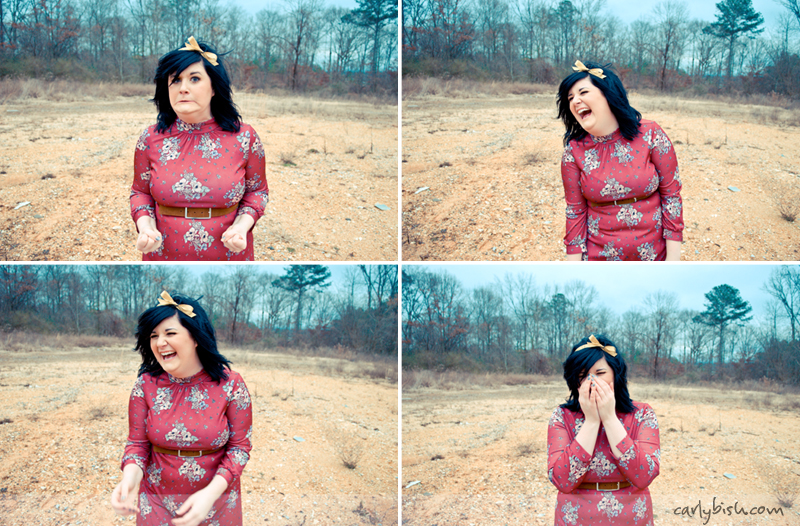 Making the Image: So later that same day, after taking beautiful photos with Melissa+Jeff, I got together with this gorgeous gal for some even more fun! Aleighsa is a makeup and hair stylist from where I lived in Cleveland, Tennessee. She was the one who designed my platinum do and maintained it throughout those last months we were there. These pictures were taken around dusk in someone’s backyard. I’d spotted it when driving around one day and thought the contrast of the trees and the ground were pretty amazing, so we went for it.

Post-Processing: Another preset in Lightroom. Maybe I remind you to check out Presets Heaven, where I found a lot of free presets when I was first learning Lightroom. As I’ve said before, I’ve strayed from using presets. These days, I stick with preliminary corrections in Lightroom and then opening images in Photoshop and using Alien Skin Exposure 3 for final looks.

It’s a 2010 favorite because… this is the infamous “Make a face like you’re poopin'” photo. That’s right, from time to time, I will ask my clients to make their best “poop” face. And this was Aleighsa’s reaction. I think it’s pretty obvious why it’s my favorite. 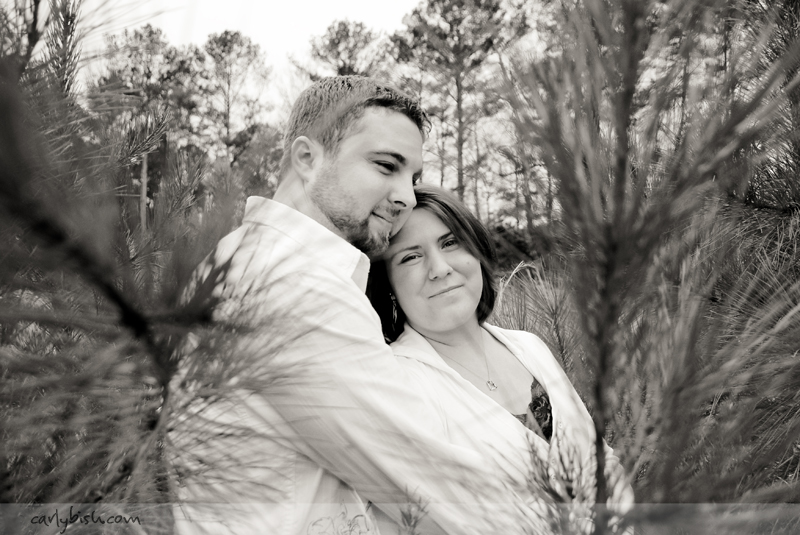 Making the Image: Steve+Leah met up with me for a sweet session on Super Bowl Sunday! We had a lot of fun driving around, looking for unique locations, when I came across this lot loaded with pine trees. But they weren’t really tall pine trees. It felt like a Christmas tree farm! So we trekked into the thick of it and I loved the way the pine needles added so much texture to our surroundings.

Post-Processing: Pretty much the same as the photo of Mirek+Rachel above but with the added Totally Rad Action “In-Faux-Red (B&W)” set at a low opacity of about 10-20%. Then I used the eraser tool to remove some of the grain element from Steve+Leah’s faces.

It’s a 2010 favorite because… I love the expression on each of their faces. Leah looks so content in Steve’s arms and Steve looks like the luckiest guy in the world. When it comes to couple’s photos, it doesn’t get much better. 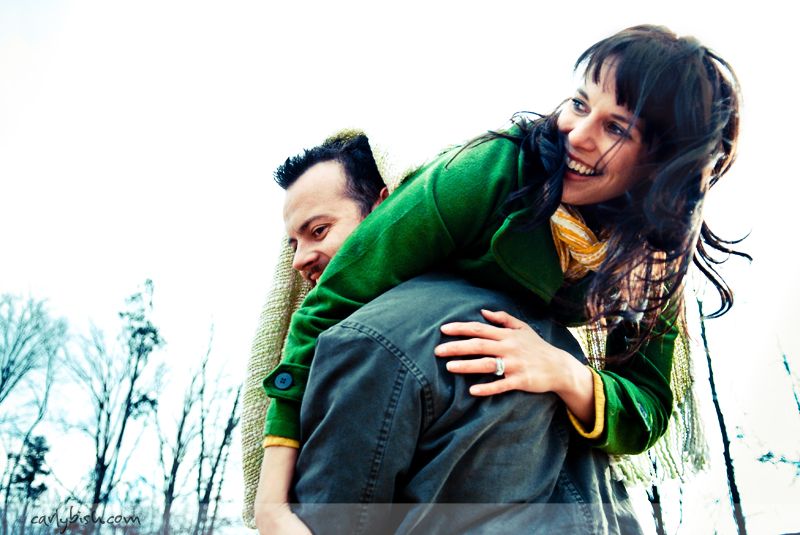 Making the Image: Jesse+Cynthia and I got together the day before Valentine’s. Cynthia and I had bonded over budding photography businesses and a passion for it all that hurt to the point of tears. This was the first time I had met Jesse and was so surprised when how he gave the session his every effort. The chemistry between these two cannot be denied. It was like I wasn’t even there and that’s exactly how I like it.

Post-Processing: Most of the processing was done in Lightroom. Other than a web sharpen in Photoshop, it was good to go.

It’s a 2010 favorite because… It’s one of those unscripted photos. The kind I didn’t ask for but got anyway. My favorite kind. It’s moments like these, when something unexpected happens and you’re there to capture it, that puts a fire beneath me to keep striving for more moments just like these. This is probably up there in the Top 5 of my 2010 Favorites List. 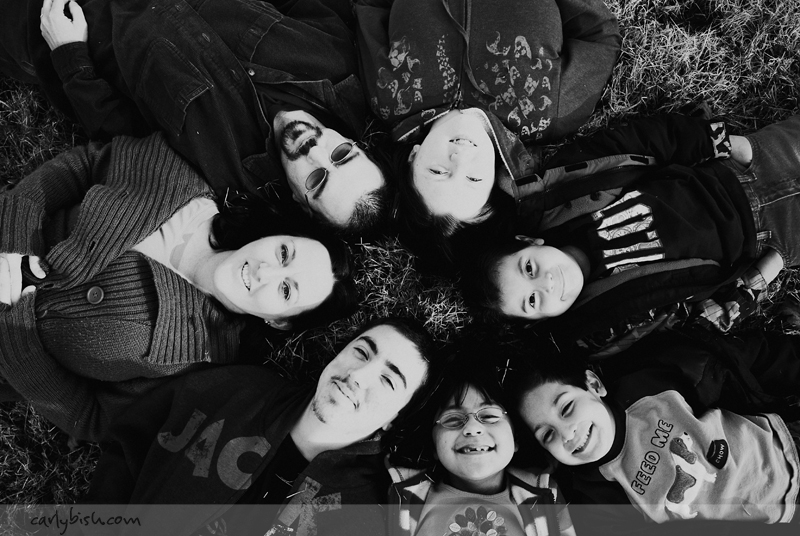 Making the Image: When Faith Hakes wrote me about doing a session with her, her husband, and their five kids, I knew it was going to be fun. Faith had a lightness of heart that I can definitely relate to and the session ended up being just as fun. We met up at a park in Chattanooga, Tennessee and then we found a small plot of field  where we got more creative portraiture done. You’ll notice I shot this at ISO500 which is rare for me, especially when I’m shooting outdoors. However, by this time, the sun had started to set and with kids who have a hard time holding still, I was forced to compensate with my ISO instead of my shutter speed.

Post-Processing: Pretty the same as the photo of Mirek+Rachel above. Easy peasy.

It’s a 2010 favorite because… this family is a unit. When doing family sessions, it’s always refreshing to see when families look truly happy together. The Hakes had an ease about them. It was easy taking their picture.

So that’s all I have time to share with you today! At this point, I’m not sure I can get all of 2010 covered before the NewYear but I am going to really try. Again, if you have any questions about the above photos, feel free to ask in the comments below or email them to info@carlybish.com with the subject “Photography Question.” Also, about a week ago, I started my own Formspring and there are several photography-related questions that I’ve answered there. In case you’re interested.