It’s been raining all week here. Everyday starting about four or five days ago. At one point, I said to George, “I don’t care what people think, it never rains like this in Seattle.” Believe it or not, the average rainfall in Seattle is about 40 inches of rain for the year while Chattanooga accumulates roughly 54 inches. But in Seattle, the rain is spread out thinly across a longer period of time whereas the south experiences the whole “when it rains, it pours” effect. Regardless, people in the south still don’t believe me when I explain all this.

So when George and I went out the other day for taking some pictures, I didn’t mind the bit of drizzle coming down. That’s normal for me. Of course, toward the end of our session, the rain started coming down in buckets and standing underneath a huge tree still didn’t prevent us from getting completely soaked. So that’s when we stopped and made a dash for the car!

I’m not sure where to begin with talking about George. It’s amazing to me that George ended up being the complete opposite of the reason I moved to the south in the beginning—I moved here for one guy and stayed for another. There were other reasons, too, but I’m so glad George was the main one. Whether or not I would have continued my pursuit of photography is a mystery since I hardly knew what I was capable of anymore when George and I first got together. But his faith in who I was and the things I dreamed of doing were intoxicating—I found myself rebuilding my self worth and a belief in myself I hadn’t experienced since before I left Seattle in 2004.

George is in his last year at Lee. In order to make school a bigger priority, he stepped down from management at Starbucks last spring, took a cut in hours, and then aced all his summer classes. He’s nearly brought his GPA up an entire letter grade and he continues to amaze me by never missing a single class, turning all his homework in on time, and somehow working the night shift 4-5 nights of the week. And somehow he still manages to find time to encourage me toward fulfilling my own vocational dreams, acting as my spokesman and personal assistant on numerous photoshoots. I can’t wait until we’ve done some weddings together with him as my second-shooter. He’s excited to develop his own personal “eye” and I’m excited to see the pictures he makes!

1. He has style. He dresses much cooler than I do.
2. He’s studying to teach math and science for grades 4-8 but he would love, love, love to teach 8th grade algebra—go figure!
3. He loves racquetball and he’s really good at it, too.
4. He’s one of 5 siblings.
5. He loves to cook.

Alright, enough of the yackity-yack! Time to get to the goods! 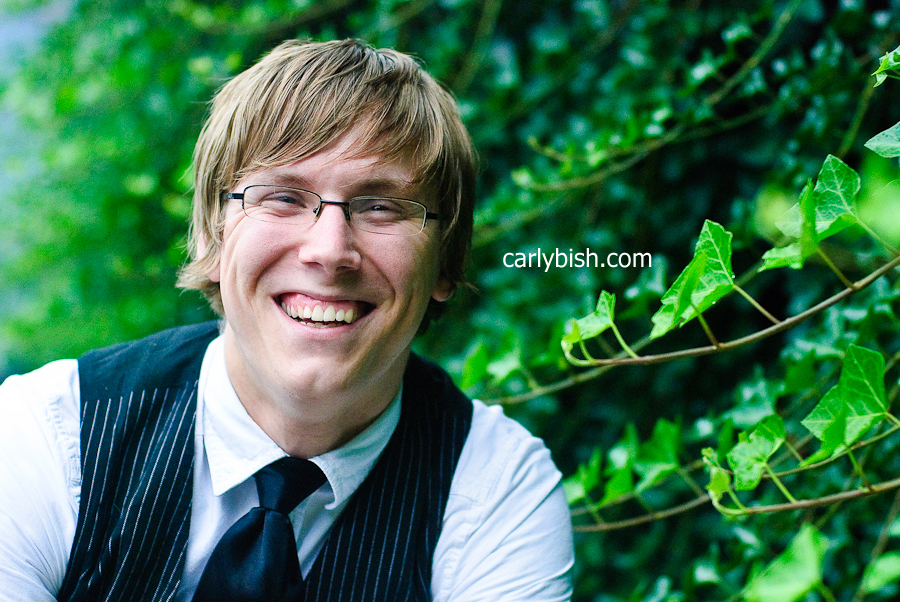 I saw this ivy wall when I was driving earlier that day and I immediately thought of Betsy King. Every time she does a senior session and she incorporates that ivy backdrop, her pictures always look so warm and buttery… Anyway. You might say it’s my little shout-out to her. 🙂 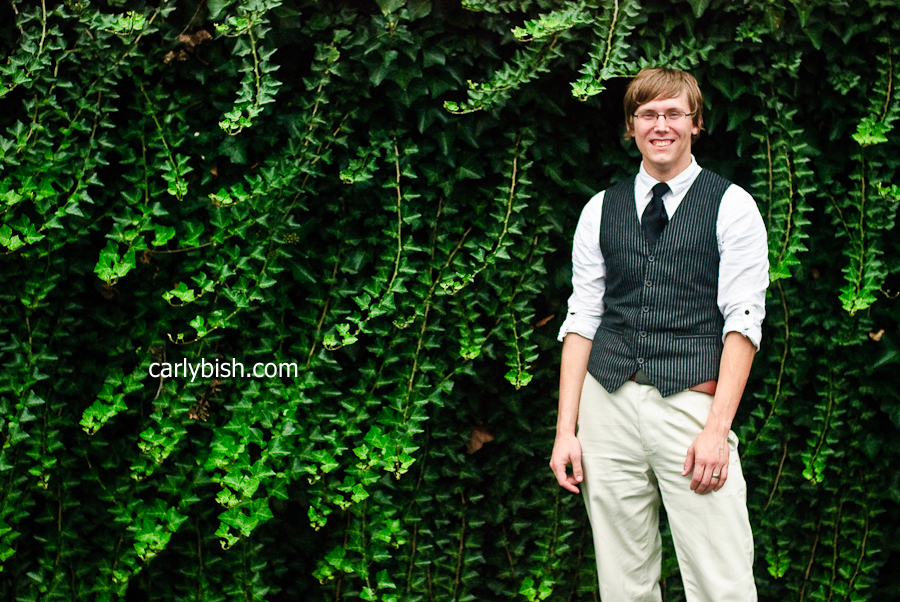 George has this fantastic way of standing. He doesn’t even realize he stands this way. But he’s always stood with his weight shifted on one side or the other, but it’s iconically him. If you meet him, you’ll recognize it immediately. 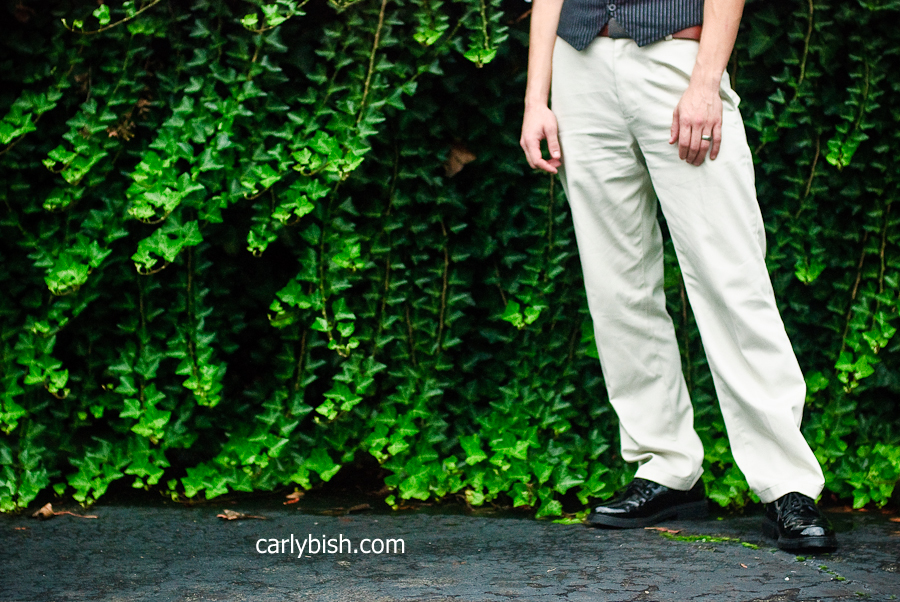 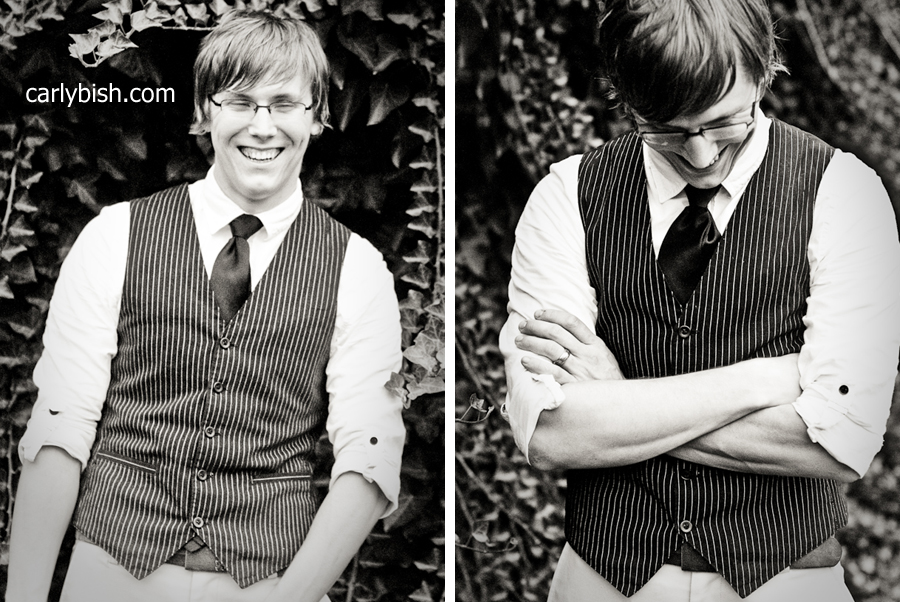 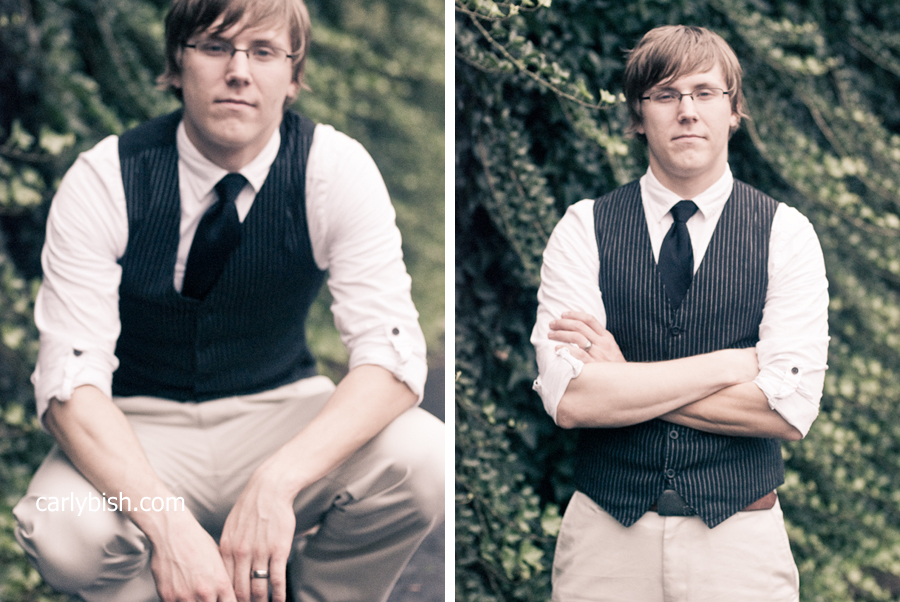 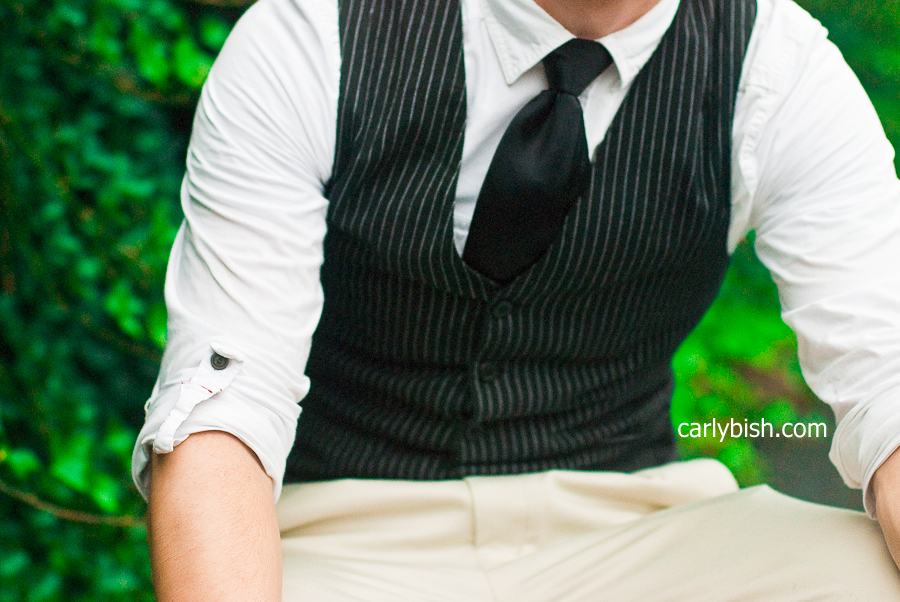 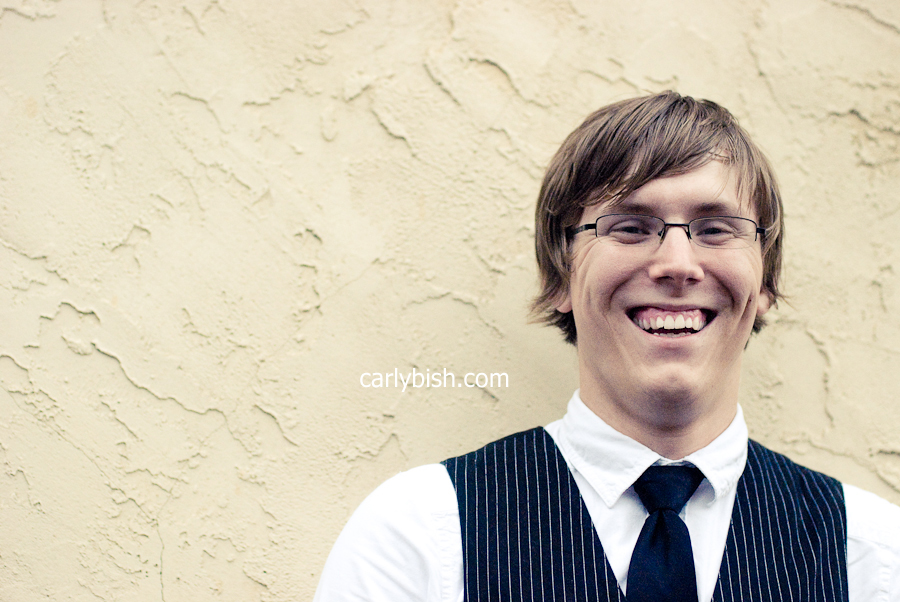 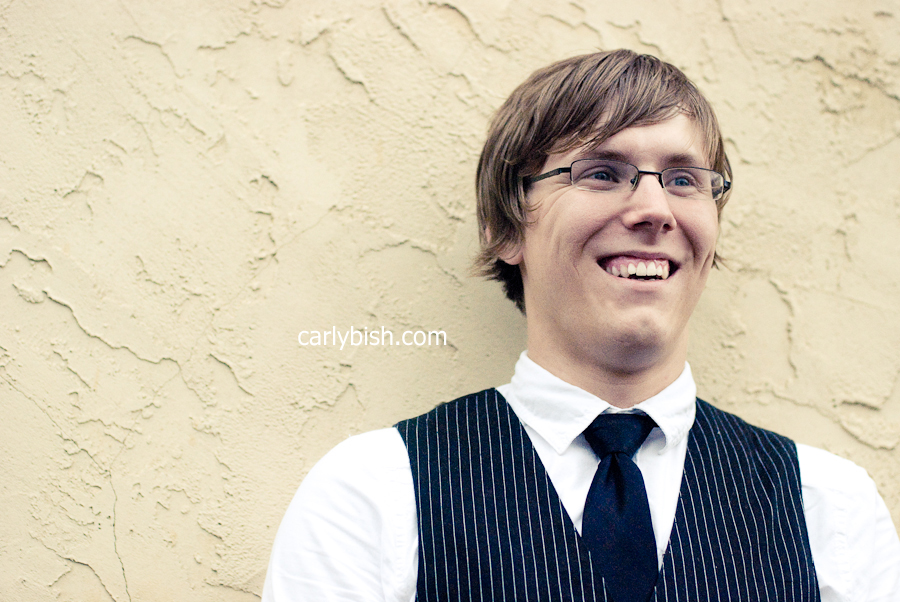 George loves hats. It’s kinda sad. I mean, when he sees a hat he likes, he’s like a girl with an obsession for shoes. This particular hat is one he chose for when he assists me on shoots, so I said it was okay. PS. Photogs, how much do you LOVE the 50mm and it’s ability to freeze rain droplets in the middle of the air?! 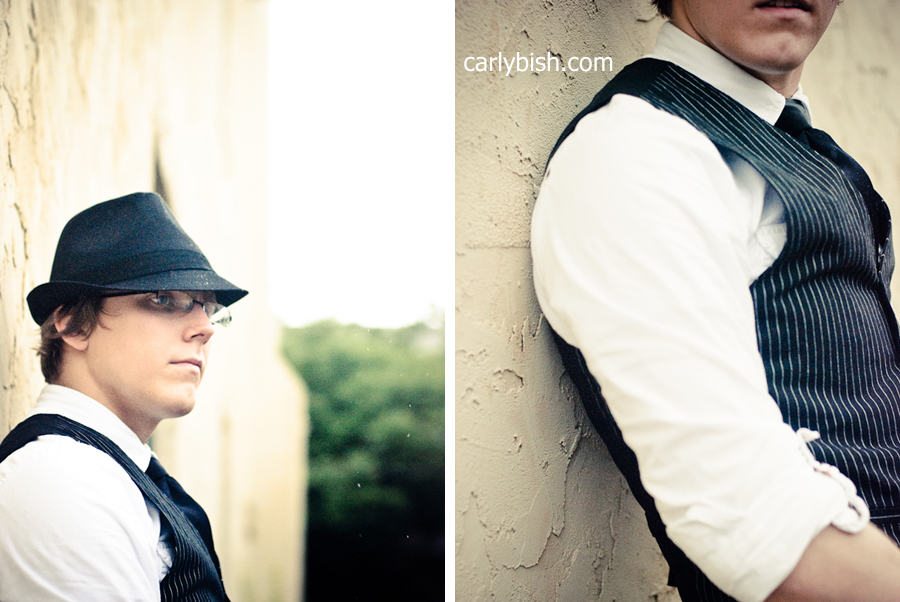 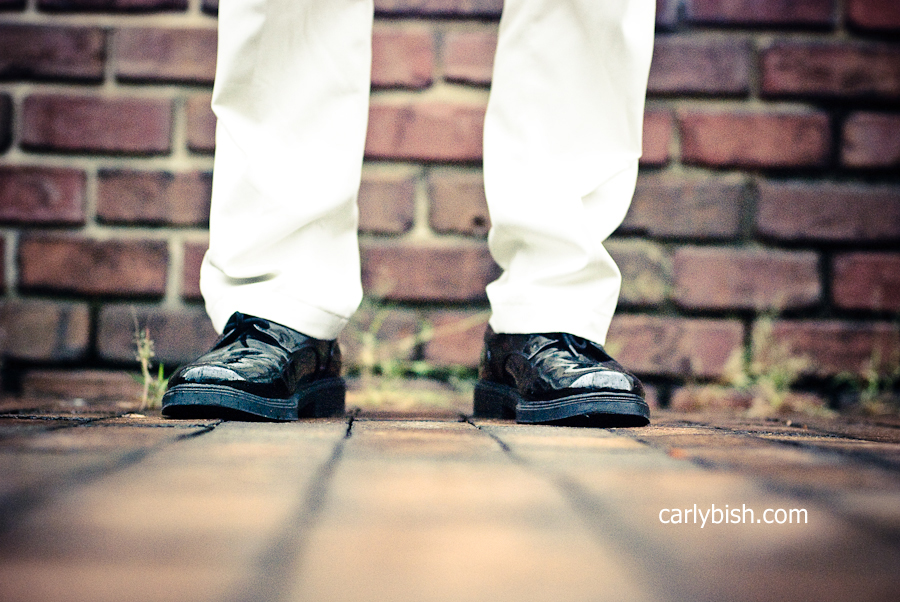 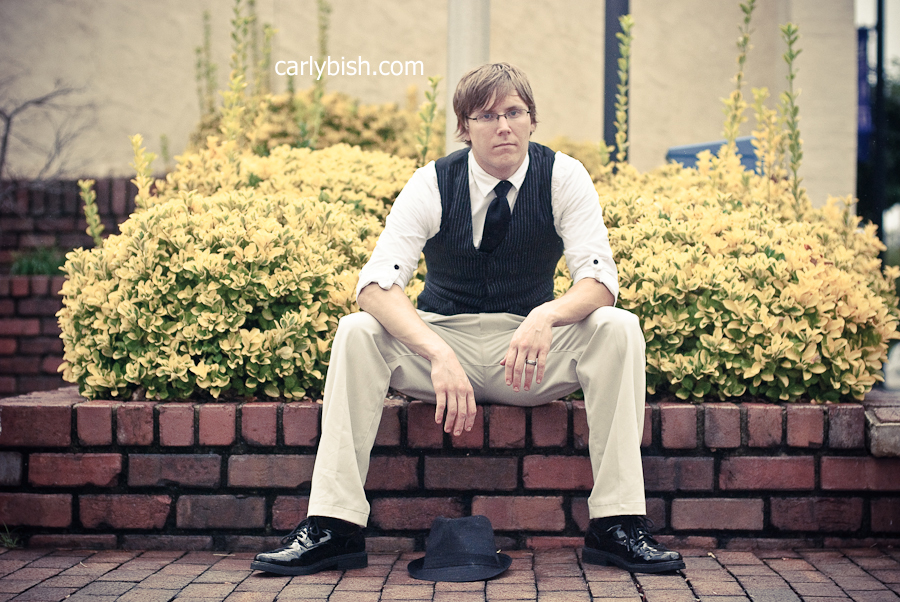 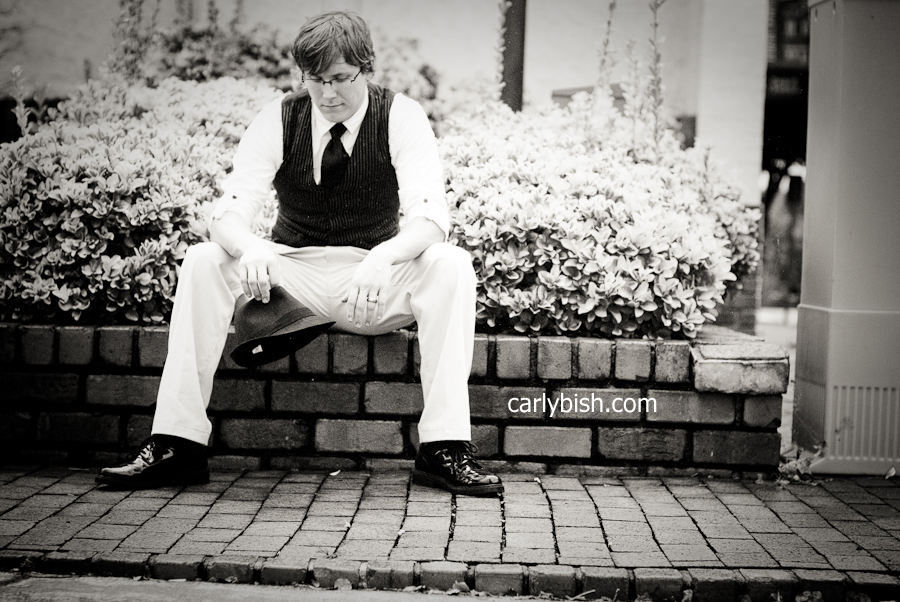 Okay, so this wall is literally a quick stroll down the street from our apartment. I don’t know why I haven’t used it before as a backdrop. It’s so awesome! The textures, the colors, the light! So don’t be surprised if it shows back up in future photoshoots! I mean, cmon! Just look at it! You can’t plan a wall like that! You just can’t! 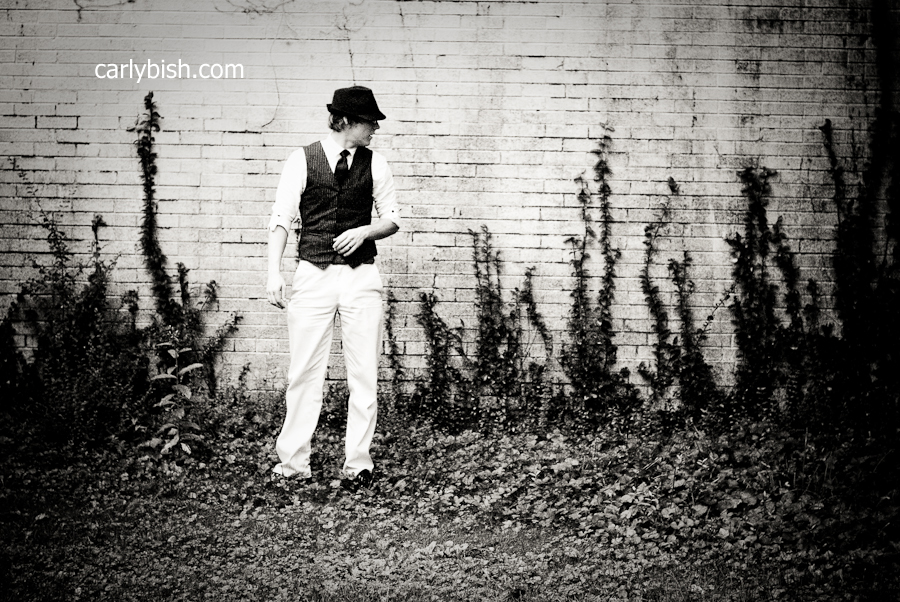 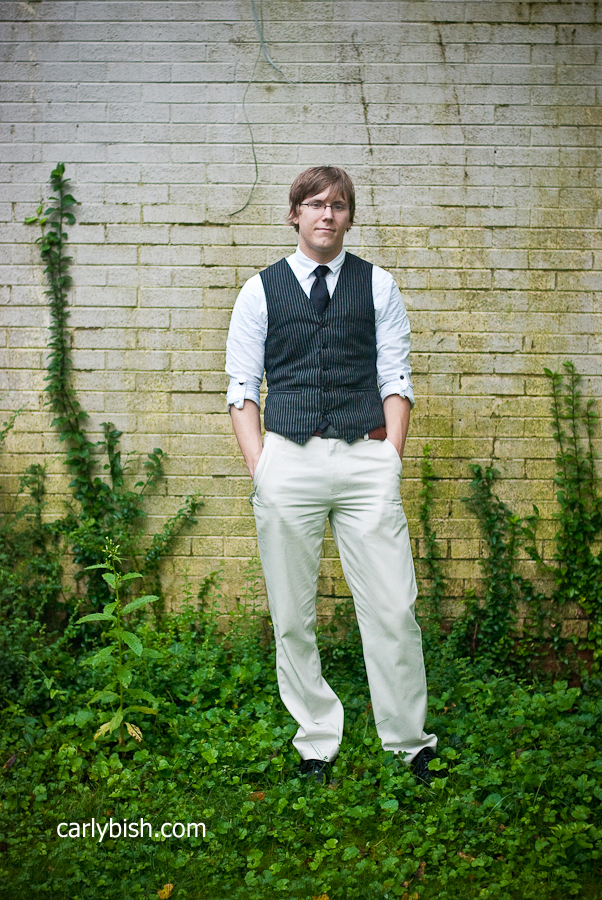 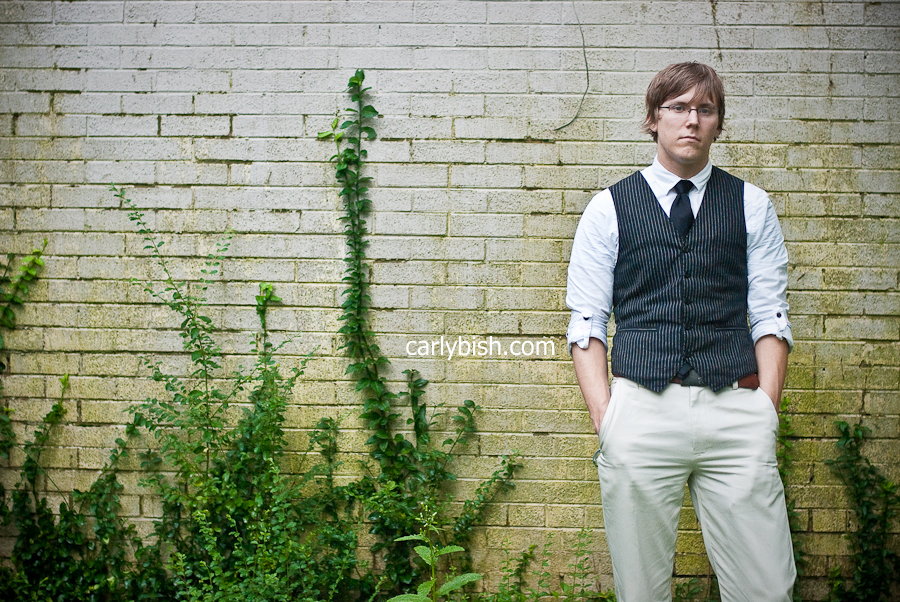 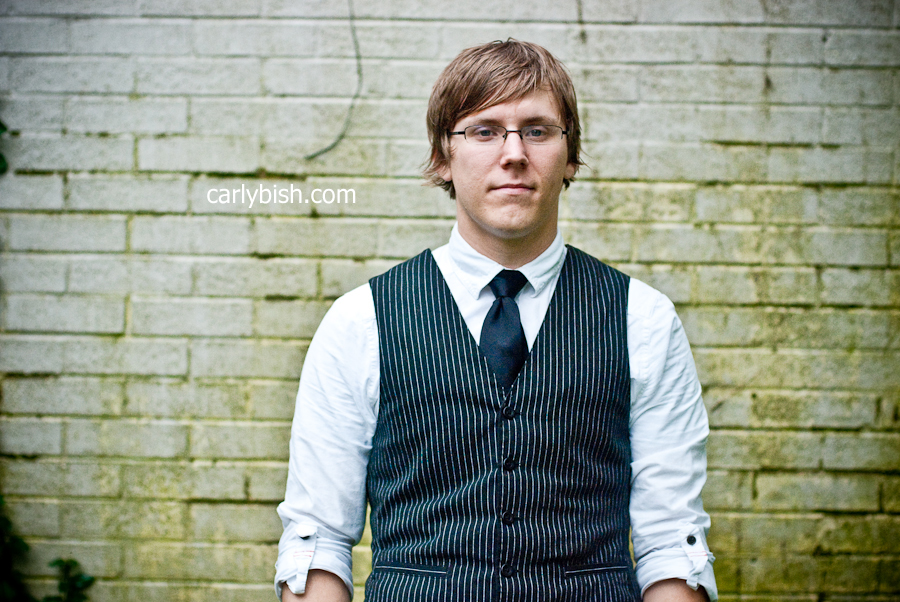 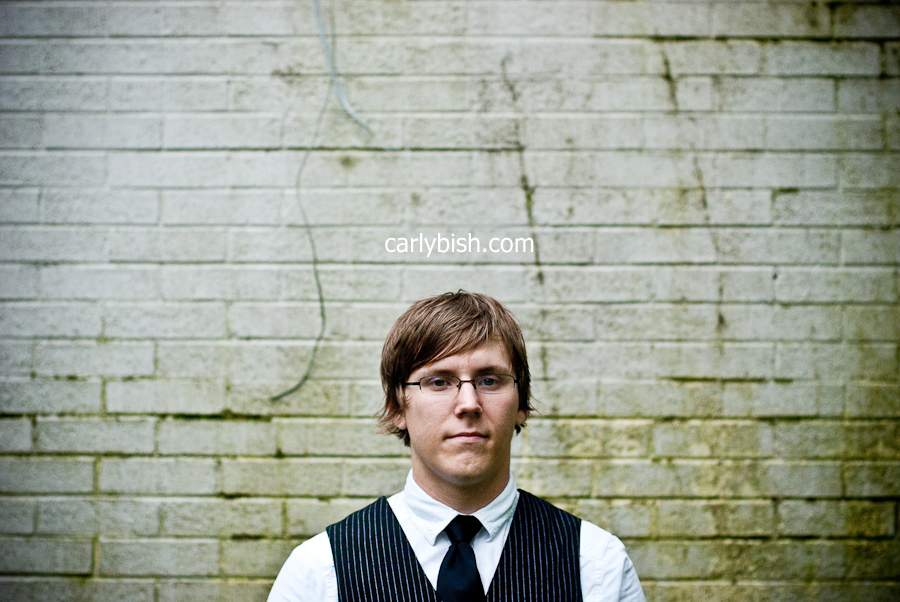 It was right about this moment when the rain started to go from drizzle to big, fat, plopping drops that we simply couldn’t avoid. 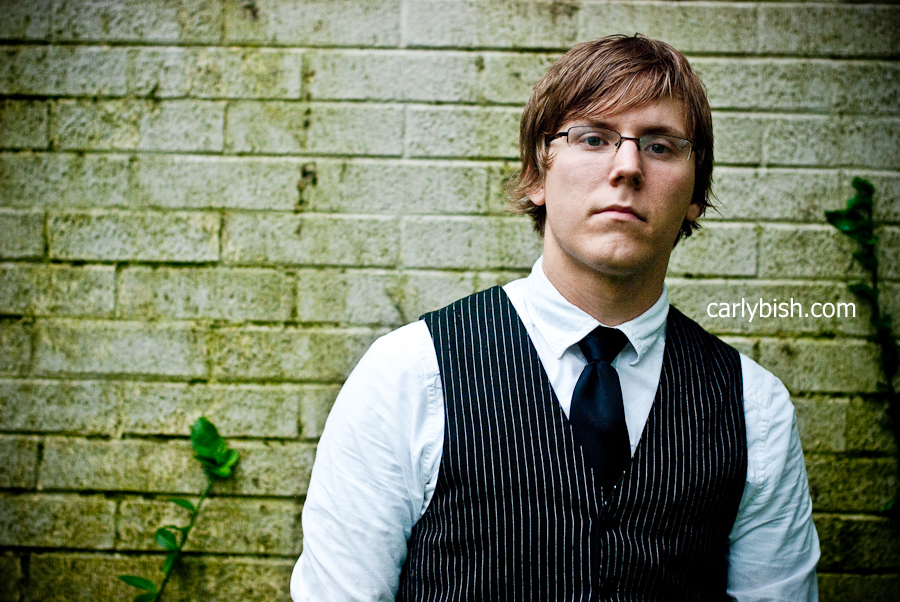 So that’s George. You’ll become more familiar with him as times goes on and more photoshoots take place. We’ve been together for more than three years now, married for two, and I can hardly believe it—life with George is just easy. I’m getting more and more excited about our life together and how it’s going to change so dramatically when he graduates. For a while there, it felt like this was our life—an eternity of living from paycheck to paycheck while never actually graduating from college and constantly wondering what life could be like if we didn’t have certain obligations. But we’re beginning to see the light at the end of the tunnel and the next 8-9 months are going to go by very quickly, I think.

It felt good taking pictures since I haven’t really done much this month. I have a feeling I need to appreciate it, though, because next month is just about completely full. Well, full compared to what I’ve been used to, that’s for sure.

Oh! And I haven’t talked about it much here for reasons I’m not quite sure, but I’m going to be in North Carolina this Friday through Saturday. Some peers from Lee University and I will present our study at the University of North Carolina in Asheville. The presentation includes my photo essay, which was what I received the stipend for, so that’s kind of exciting. The research was on women and domestic violence and it was a very intense experience. I’m glad I was involved if only to realize that I would not be a great photojournalist, which was my original photographic ambition. The pictures for the study turned out well, but they were extremely difficult to obtain. Turns out I’m not much for politics and war and I feel much more inclined to use the passion and skill that God has given me to take pictures of people who recognize that faith, hope, and love are just as newsworthy, if not moreso, than whatever ends up on the front page of the NY Times.