So I seem to be finding myself stranded in Nashville lately. Back in November, when I was picking my brother up from the airport. In December, when George and I were stuck at the airport ourselves waiting for our plane to arrive. And then last week, following Justin&Mary Marantz‘ “Spread the Love” workshop, which also happened to be my birthday weekend.

Yup! Ladies and gentleman, I am 26 years old. I handled this birthday a lot easier than I did last year when I turned 25. I’m not entirely sure why, but it might’ve been because I didn’t really have a chance to make a big deal about it because I was in Nashville, waiting for my brother to fly in (yes, again!) and so there wasn’t much opportunity to make a big deal! Although, it was still special because the workshop on Thursday was my birthday present to myself. And I learned a lot! And Justin&Mary were so incredibly kind and genuine and I have so much respect for who they are as individuals and as small business owners. They really opened my eyes to things I probably should have realized on my own, but regardless, I’m so glad they made me realize them! And I took at least 20 pages worth of notes! Yeesh! So much information!

Then, that same night, my lovely friend Tiffany Zajas, who also went to “Spread the Love”, let me stay the night at her house. And she served me blueberry waffles for breakfast the next morning! Um, that was awesome! Then, I traveled to another friend’s home, Stephanie, who offered to put me up (or put up with?) for the next two days until my brother flew in on Saturday night (also my birthday). Gosh, I have nice friends… Of course, Saturday came and there wasn’t much to do to celebrate but Stephanie was SO sweet and treated me to lunch at Qdoba. I love Mexican style food and even though this wasn’t technically real Mexican food, I love it still! I always get their chicken nachos and I only get them about once or twice a year. So yeah. Birthday lunch was amazing! Of course, my brother’s flight got delayed until the next day and Stephanie, being the absolute doll that she is, let me stay another night. And let me just add, both nights I stayed at Stephanie’s, she gave me her bed. I wanted the couch but she just wouldn’t have it!

So I figured the least I could do was treat Stephanie to some portraits. She just got a new basset hound puppy named “Lucy” and I haven’t done much work with pets. So the three of us ventured into a “No Trespassing” field for a quick romp in the hay and we had so much fun! Stephanie was a little shy at first but eventually, she came around and as you can see, she is pretty darn cute… Stephanie just has a glow about her personality that makes you want to know more about her and you just can’t help letting her in… She’s kinda addicting to be around. 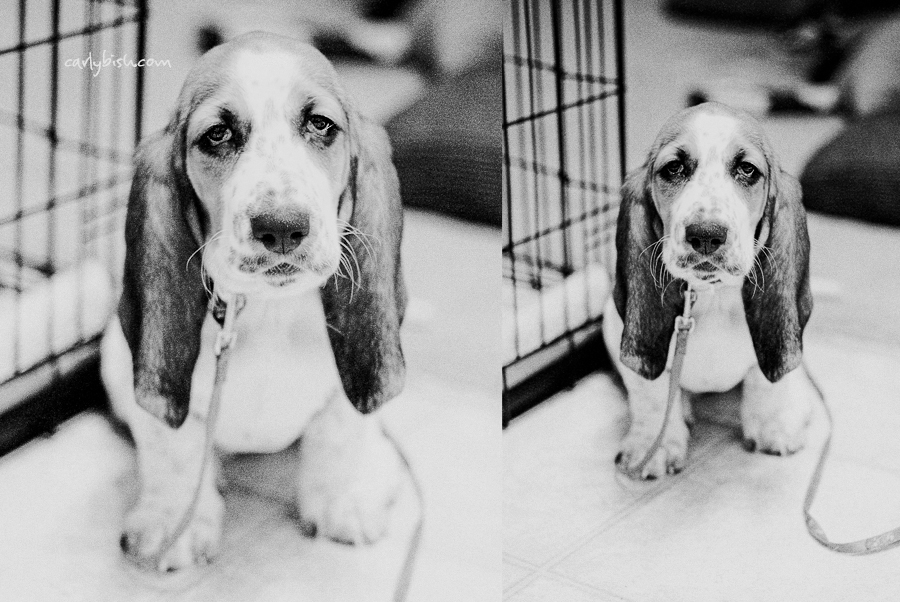 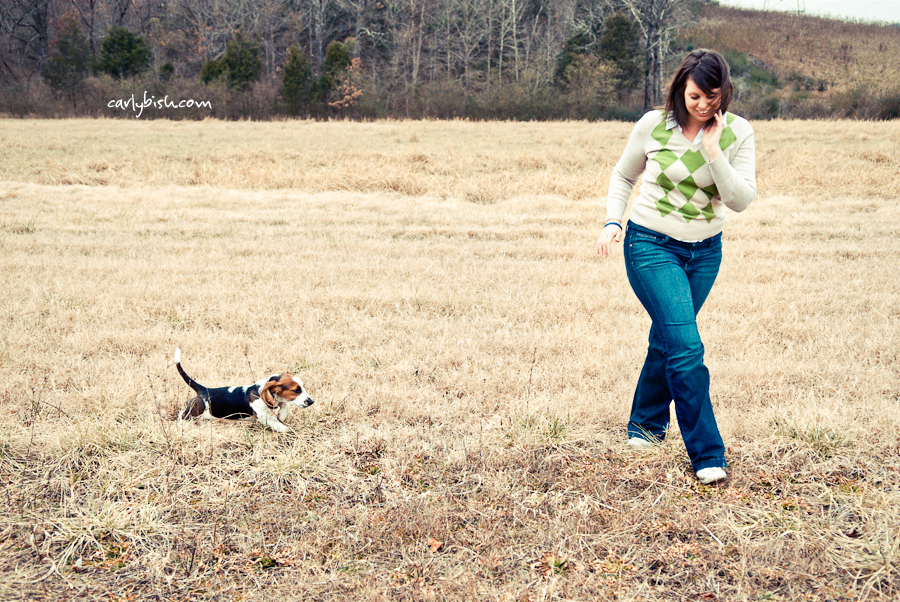 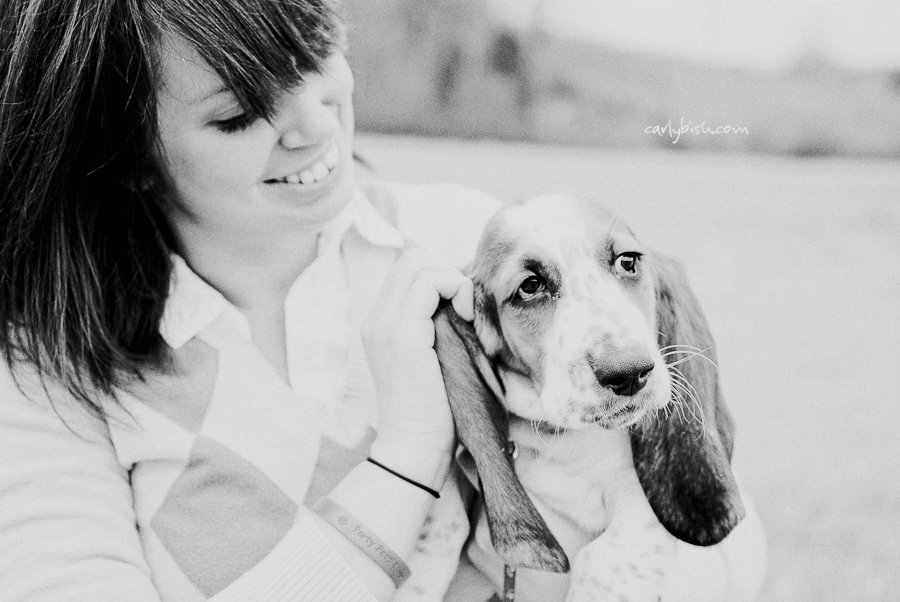 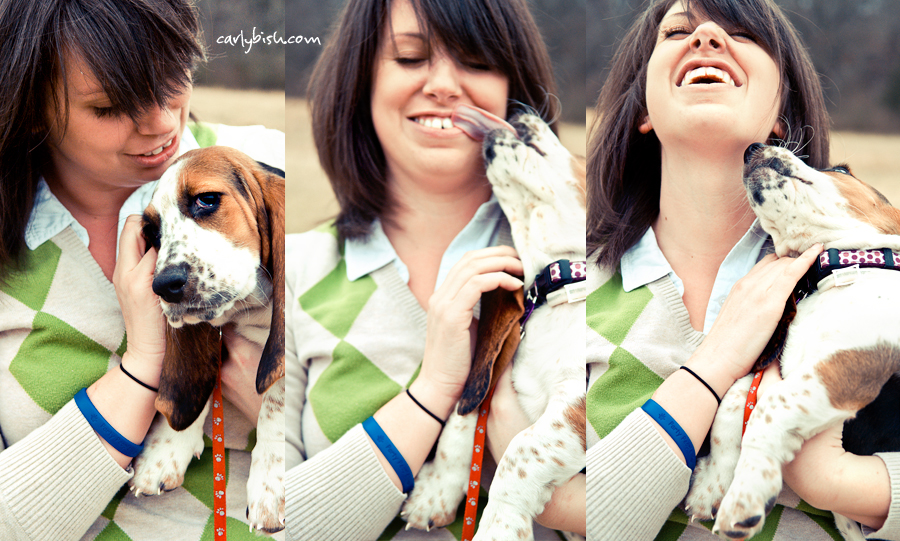 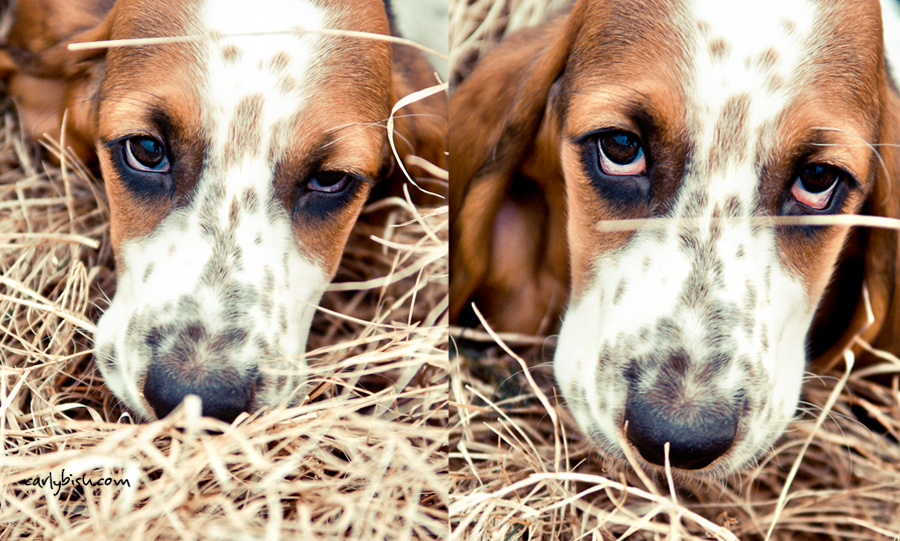 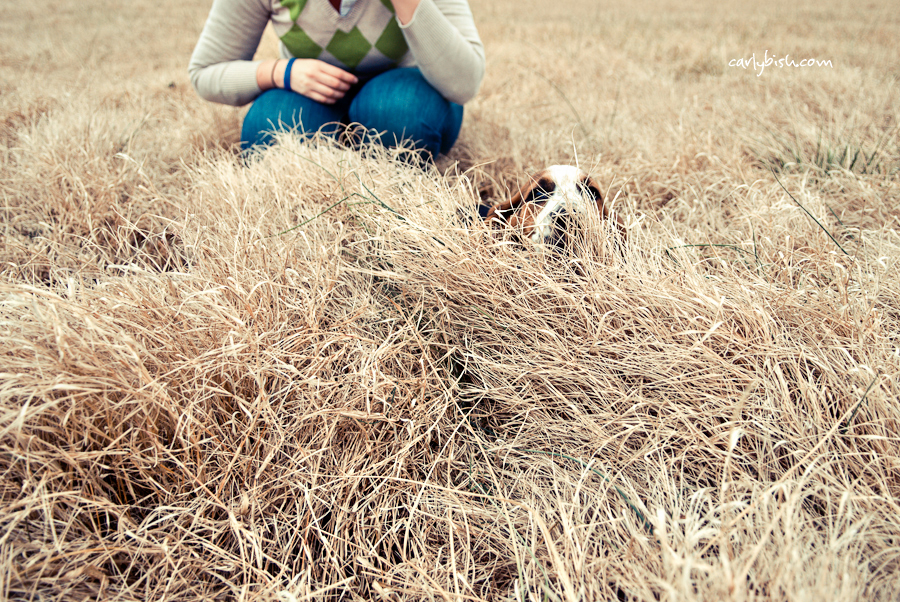 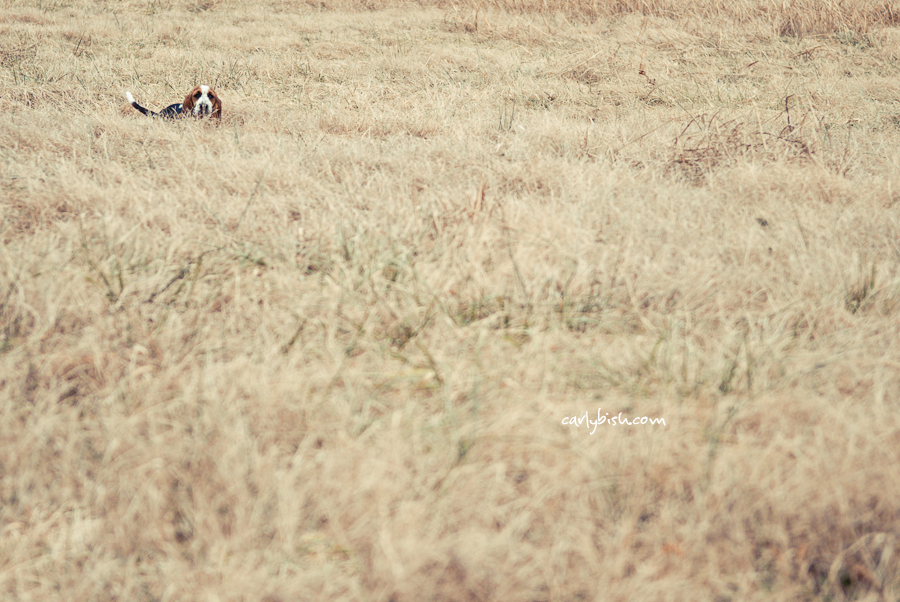 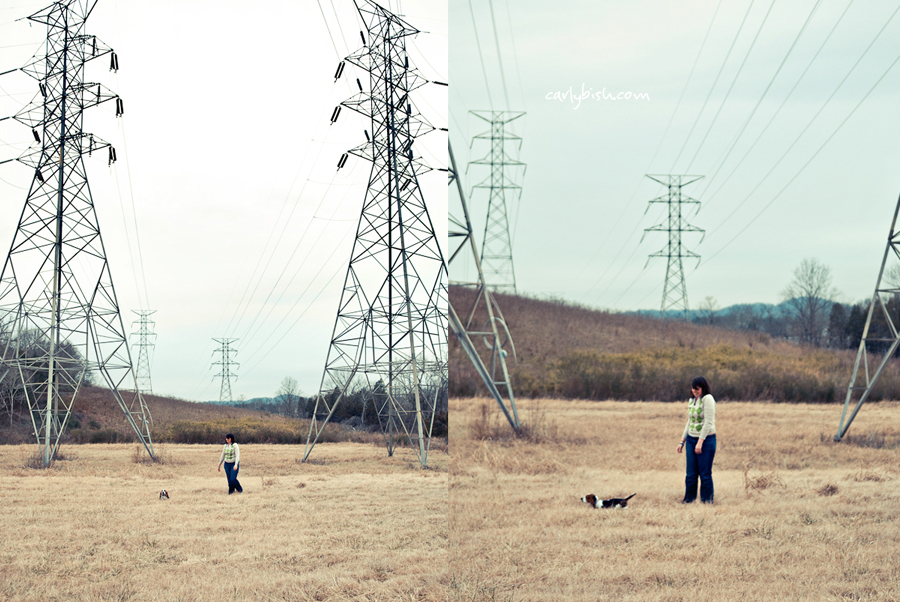 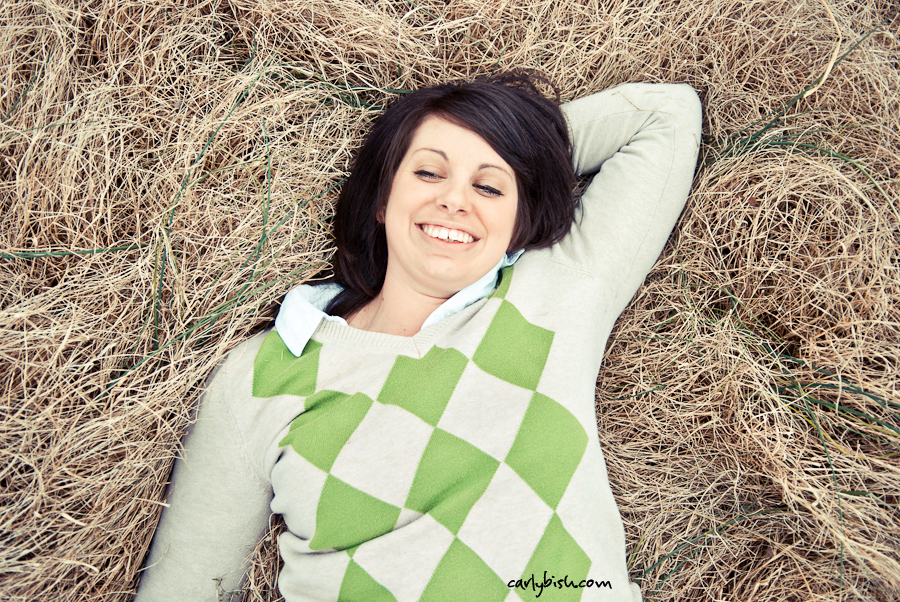 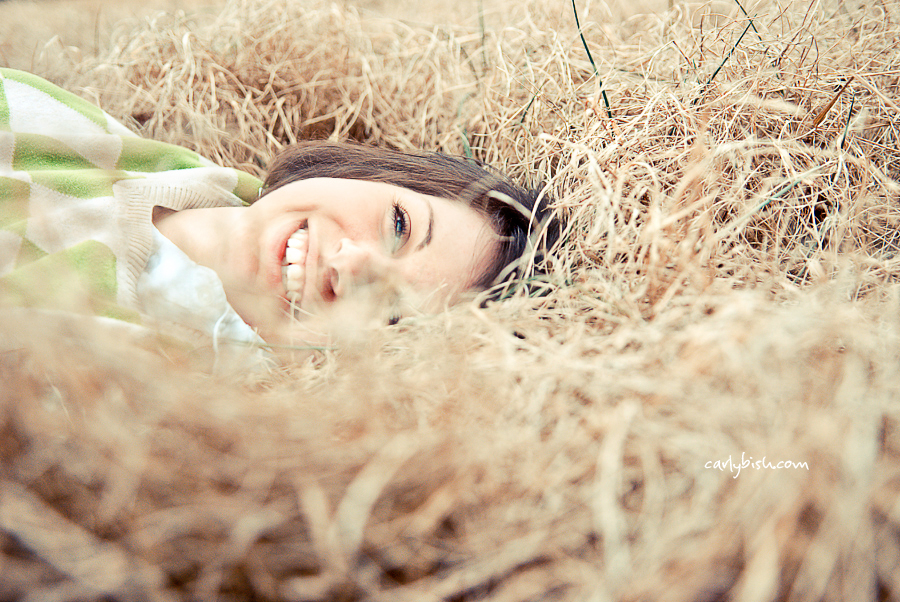 Gosh. What I’d give to pack that field up and drive it back to Chattanooga with me. It was sublime. As we were driving around looking for spots to take pictures, I pointed it out and said, “That looks perfect!” We arrived at a local park and after surveying the number of people and the perfectly cut grass, I asked Stephanie if we could loop around and go back to this spot. And I’m so very glad we did. Of course, we did a little mild trespassing, but no one came after us with shotguns! Thanks for being a rebel with me, Stephanie!

And now to prepare for three photoshoots! Kicking off today with a portrait shoot and then tomorrow, TWO (count ’em!) couple’s shoots! One engagement and one “just because we’re married!” session! Look at me roll like the “snowball” I am! By the way, that’s my new nickname since I went SUPER platinum and to be honest, I kinda like it… 🙂